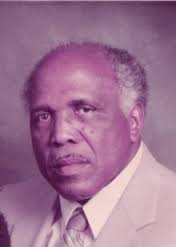 Lee Edward Loche graduated from the Atlanta College of Mortuary Science in April 1949. In August of that same year, he accepted a position with Capital Funeral Home in Baton Rouge, Louisiana.  He and his family resided in Baton Rouge until October, 1967.  He pulled up his roots and headed to North Louisiana.  He pulled up his roots and headed HOME.  He was about to fulfill the dream that had been growing in his mind, in his heart since he was a child. While serving in the Armed Services, Lee Edward had a dream. It was to establish a funeral home in Bastrop.  While living in Baton Rouge, sending his wife and children to school, and taking courses himself,  he purchased Smith Funeral Home from Levi and Ernestine Smith. He remodeled it, added on, and shaped it into an establishment designed to serve the citizens of Morehouse Parish.

The glow from his dream affected both sons. Both expressed a desire to attend mortuary school. Edward and Howard attended Commonwealth College of Mortuary Science in Houston and graduated with top honors in their classes.  Keeping the fulfillment of the dream uppermost in his mind, he, again, made a purchase of the “Cullen House.” In Bastrop. He remodeled it, added on, and shaped it into the “new Loche’s Mortuary, Inc . He also purchased the adjoining property to continue the dream.  On December 29, 2007, Lee passed away.

Howard D. Loche, I  attended Perkins Road Elementary School, Morehouse High School, and graduated from Southern University. He received his Masters,’ Plus 30, and Specialist degrees from University of Louisiana at Monroe.  He received his degree in mortuary science from Commonwealth Mortuary School in Houston. He serves as CEO of Loche’s Mortuary, Principal of Bastrop Learning Academy, Bastrop City Councilman, and an insurance agent of Security Industrial  Insurance  Company.

He and his wife, Sharilynn are the parents of one son, Howard II (Avia), and two  grandchildren.

Opeary Hill Loche received her undergraduate degree  and her Masters from Southern University in Elementary Education. She taught school in East Baton Rouge Parish, West Baton Rouge Parish, Ascension Parish, and the schools of McComb, Mississippi. She and her husband are the parents of three children, five grandchildren, and eight great grandchildren. She was one of the first was one of the first two women in Morehouse Parish to become a licensed funeral director, and also completed courses certifying her to make floral arrangements. She retired from the Morehouse Parish School System in 1980.  She is the Treasurer of Loche’s Mortuary. She is an active member of St. Mary C. M. E. Temple where she is a Stewardess and sings in the choir. She enjoys traveling, spending quality time with her family, and reading. She continues to work in the family business that she and her husband, Lee, founded some forty plus years ago.

Veronica Loche Tappin  attended  Perkins Road Elementary School,  McKinley High School, and is a 1968 graduate of Southern University, She received her Masters 30 in English  and Speech & Theater. She taught English, Speech & Theater for43 years  at Morehouse High School,Bastrop High School – West and Bastrop High School in Morehouse Parish.  She serves as Secretary of Loche’s Mortuary, Inc. She was married to the late Robert Charles Tappin I and they are the parents of two children: Robert Charles Tappin II and Robin Tappin Hobbs (Albert) and four grandchildren.

Edward C. Loche I  is the other twin son of Lee and Opeary Loche. He also attended Southern University with a degree in Business. A graduate of Commonwealth Mortuary School he is Manager of Ross Mortuary, Inc. in Houston, Texas. He is very involved in community affairs in Houston and is the recipient of numerous community service awards. He is Vice President of Loche’s Mortuary. He resides in Houston, Texas, with his wife Burnell, their two children, Edwina Burnell Barrett (Patrick), Edward C. Loche II, and three grandchildren.